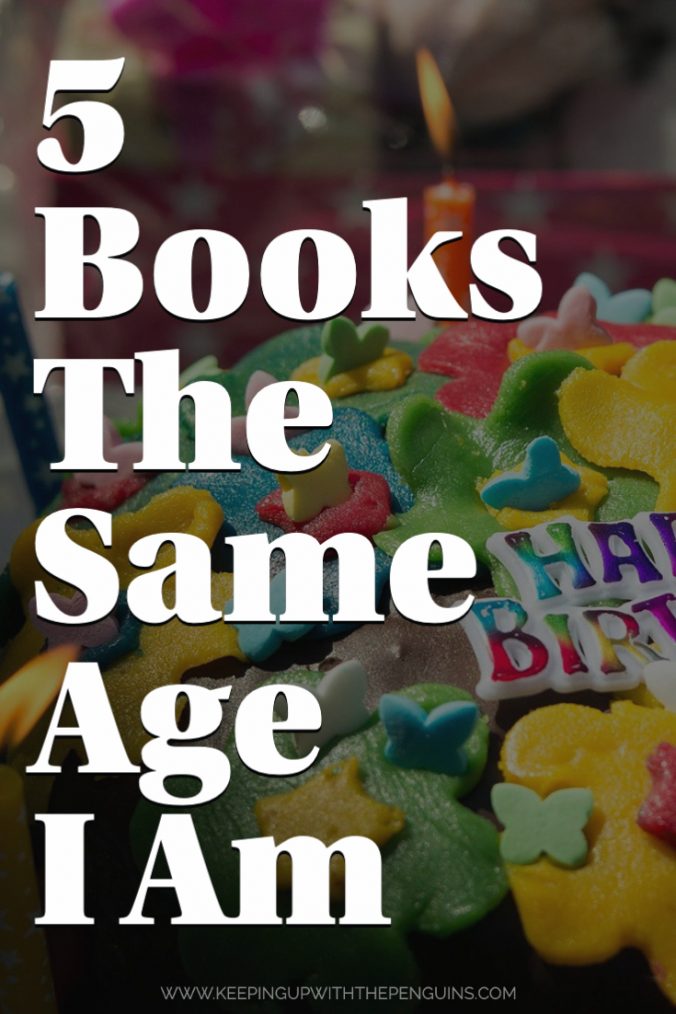 5 Books The Same Age I Am

Well, Keeper Upperers, the earth has circled the sun once more and I will shortly be marking the occasion of my birthday. I don’t like to age myself (who does in this youth-obsessed culture?), but I prioritise book-loving over all, and this happy day got me to thinking about which books share my birth year. Here are five books the same age I am (and no bonus points for doing the math and working out how many candles I’ll have on my cake this year…).

This one is perhaps better known for the Christian Bale film, but before it was a movie American Psycho was a book that shocked the world and capitvated the critics. Coming on the cusp of yuppie Wall Street culture, Ellis took gore and horror and put it in the scariest place of all: the hands of a wealthy, charismatic white man. His protagonist, Patrick Bateman, has become shorthand for the trope of the psychopath hiding in plain sight. This book is transgressive in the extreme (in some countries, it must be shrink-wrapped as a condition of sale) – not for the faint of heart! Read my full review of American Psycho here.

Outlander has become the definitive historical-romance-slash-fantasy series, one that launched a thousand pastiche knock-offs. The first book, published the same year I was born, introduced the world to Claire Randall, a heroine torn between past and present, and the two men who love her. Gabaldon takes readers from post-war 20th century Britain to 18th century Scotland, and back again, as Claire travels through time. The first book is a doorstop, with most editions running to 750+ pages, but if you fall in love with it, never fear: there are another seven after that, and two more to come! Read my full review of Outlander here.

The Firm by John Grisham

I’ll be honest: I probably would have never picked up a John Grisham novel, and The Firm probably wouldn’t have been my first choice, were it not for a strong recommendation I stumbled upon in the most unlikely of places. Stephen King’s On Writing – the bible for would-be contemporary novelists – includes a passage in which he sings the praises of this early novel from the crime thriller powerhouse. In this one, lawyer Mitch McDeere thinks he’s on a gravy train with biscuit wheels when he signs on to work for the prestigious Bendini, Lambert & Locke firm. He soon learns that there ain’t no such thing as a free lunch.

In Australia, you can’t swing a bookmark without hitting a Tim Winton novel, but Cloudstreet is the only one the same age I am. It’s classic Winton – a wistful story of family, masculinity, tragedy, and fortitude, set in Perth and evoking a bygone era (that may never have really existed, except in our collective imaginations). The novel gets its name from the large weathered house shared by two families, the Lambs (the pious and industrious ones) and the Pickleses (the boozy rambunctious ones) – even if you never read a word of Winton in your life, I’m sure you can get a sense of his subtlety from the names alone.

And The Sea Will Tell by Vincent Bugliosi

I put And The Sea Will Tell on my wishlist after hearing it recommended on no fewer than three different true crime podcasts. Bugliosi is kind of a godfather of modern true crime, and he has a real knack for picking cases that seem quite literally unbelievable until he lays out all the facts. In this one, he unpicks a double murder on Palmyra Atoll. A wealthy yachting couple had made their way there, hoping to spend the summer in isolated paradise, only to discover it occupied by others who’d had the same idea. How did all of this lead to a young woman discovering a human skull, with a sparkling gold tooth, in that same paradise years later? You’ll have to read Bugliosi’s painstaking account to find out…