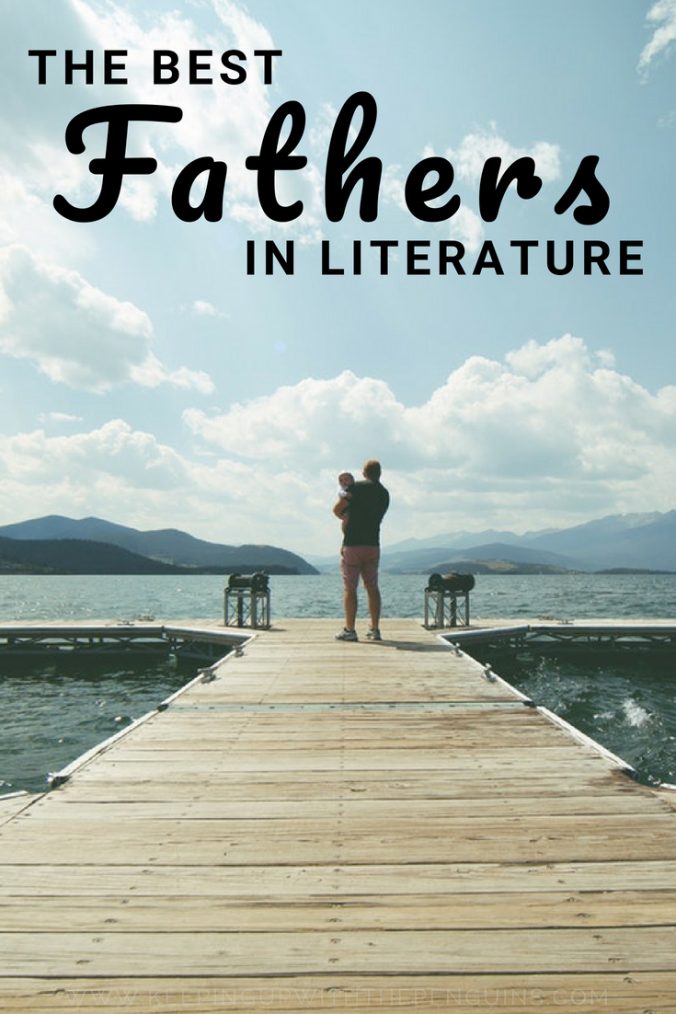 Literature is littered with examples of poor parenting, particularly when it comes to fathers. All too often, fathers are dead (as was the case with the Reverend in Jane Eyre), or otherwise absent (like Chaplain March in Little Women). Sometimes they’re completely ineffectual (like Emma’s Mr Woodhouse), and other times they outright suck at the fatherhood gig (see Pap Finn in The Adventures of Huckleberry Finn), to the point of being dangerous and damaging. It all makes for pretty depressing reading, but you know what? Father’s Day is coming up, and it’s time that we spread a little joy to counteract all this misery. Let’s take a look at some of the often-overlooked best fathers in literature.

From A Christmas Carol by Charles Dickens

Dickens didn’t write a whole lot of present, supportive father figures. That makes A Christmas Carol’s Bob Cratchit all the more special! Bob is hardly flawless – he’s a little earnest, and a bit of a martyr – but dammit, he saves Christmas! And he provides the perfect counterpoint to Ebenezer Scrooge’s misanthropy. Bob Cratchit will make you believe in fatherly love again, so pick this one up when you’re losing faith.

From The Book Thief by Markus Zusak

Family isn’t always about blood. Hans Hubermann is a forster father to Liesel in The Book Thief, her biological parents having been persecuted in Nazi Germany. While it would have been easy for a lesser man to simply ignore Liesel (given everything else he had going on), or punish her for stealing books, Hans instead teaches her to read at night by candlelight, and role models the kind of empathy and compassion that saves lives in such dire circumstances. Make no mistake, he can dole out the tough love when it’s needed, but it always comes from a place of genuine fatherly love. If only all fictional displaced children had a man like Hans to care for them… Read my full review of The Book Thief here.

From Extremely Loud and Incredibly Close by Jonathan Safran Foer

Thomas dies before the story of Extremely Loud and Incredibly Close even begins, a victim of the 9/11 attacks on the World Trade Center in New York. And yet, the reader is immediately and abundantly aware of his love for his son. The story is told through the eyes of nine-year-old Oskar, as he chases clues to his father’s secret all over the city. Their father-son bond is well and truly alive, even after Thomas’s tragic passing, and this book serves as a great reminder that good parenting transcends mortality.

From Pride And Prejudice by Jane Austen

No doubt, calling Mr Bennet one of the best fathers in literature is controversial. He is, after all, a bit weak-willed and bewildered (especially when it comes to financial planning). It seems like he’d rather just hide in his library than deal with his family or his estate, most of the time. But in fairness, five teenage daughters and a high-strung wife is a lot to cope with, and one can hardly blame the man for backing down from a fight now and then.

What is not up for debate is his love and support for all of the girls, especially the protagonist of Pride and Prejudice, his darling Lizzy. He refuses to entertain the notion of a marriage to a man he sees as undeserving of her (even though it would have been a financially savvy match), but he backs Lizzy 100% when she tells him she loves Mr Darcy. “I could not have parted with you, my Lizzy,” he says, “to anyone less worthy”. Recognising the intelligence and agency of his daughters made him a man ahead of his time, and – in my opinion – well-worthy of inclusion in this list of the best fathers in literature. Read my full review of Pride And Prejudice here.

From To Kill A Mockingbird by Harper Lee

And, finally, we come to Atticus – not only one of the best fathers in literature, but also the most iconic. (And no, I’m not going to count the ugliness that came to light with the release of Go Set A Watchman). In truth, any list of the best fathers in literature is woefully incomplete without mention of To Kill A Mockingbird’s Atticus Finch. He is a widower, raising two children alone against a backdrop of Southern poverty and racism. And yet, he upholds the values of acceptance, gratitude, empathy, and respect like no other literary icon has before or since.

His influence is so great that it inspired the foundation of The Atticus Finch Society, a real-life organisation founded to serve the very population that the fictional Atticus sought to defend. Plus, if his bravery and moral fortitude in the face of an unfair world weren’t enough, the man is endlessly quotable:

“You never really understand a person until you consider things from his point of view – until you climb into his skin and walk around in it.”

To Kill a Mockingbird

Read my full review of To Kill A Mockingbird here.

Read more: check out my list of the best mothers in literature here!