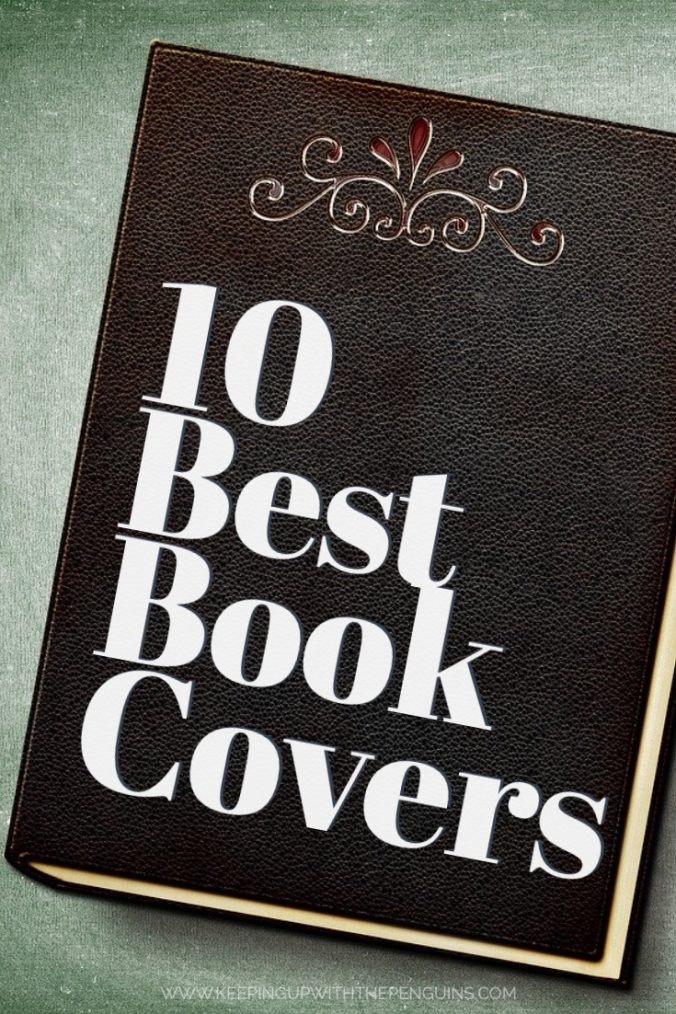 Let’s stop pretending that we “don’t judge a book by its cover”. If we didn’t, publishers wouldn’t spend hundreds of thousands of dollars every year on top-notch graphics and highly-trained designers. Of course the cover matters! It’s our first impression of the book, and it contains all kinds of clues as to what we might expect to find inside. I’m willing to go on the record and say that I love a beautiful or clever book cover, and I’m more likely to buy a book that has one. Here are ten of the best book covers on my shelves…

I don’t know who Sayaka Murata’s publishers have working on her books’ cover designs, but they knock it out of the park each and every time. This is just one of many gorgeous and clever editions I’ve seen of Convenience Store Woman: a bright yellow background, and the information styled as a convenience store workers’ name tag. It just instantly gives you a feel for the book, for the fluorescent lighting and carefully controlled climate in which the protagonist works and lives. Read my full review of Convenience Store Woman here.

Okay, in the spirit of continued honesty: it took me an embarrassingly long time to figure out what the cover of Hunger actually was. I guess I just didn’t look closely enough. At a glance, it might seem like another generic artistic swoosh. But if you focus on it, you’ll see it’s actually a super-close-up of the prongs of a fork, casting a shadow. It’s the perfect image to accompany this memoir, a forthright and at-times harrowing account of Roxane Gay’s most traumatic moments and how they affected her relationship with food (and, by extension, her body). Read my full review of Hunger here.

My Sister The Serial Killer by Oyinkan Braithwaite

The cover of My Sister The Serial Killer is special for a number of reasons. Firstly, that shade of green – wow! It just leaps off the shelf at you. Secondly, it features a strikingly beautiful black woman – one who’s not cowering, or experiencing unconscionable hardship, or stuck there as Diversity(TM) filler. This woman is living her best life (albeit, one where she, ahem, murders her boyfriends). And, finally, there’s an Easter egg: look closely at the reflection in her sunglasses, and you’ll see a bloodied knife. Eeek! Read my full review of My Sister The Serial Killer here.

Every photo of Behrouz Boochani takes my breath away. Some of them have even moved me to tears. The one they chose for the cover of his memoir, No Friend But The Mountains, is uncomfortable but unforgettable. He stares out from between the lines of text, all surrounds in shadow, so it’s just his eyes meeting yours. To me, he appears desolate, but determined. An artsy person could probably whip out a clever line here about how Boochani returns the Panopticon gaze to which he has been subjected in detention… but I’m not that clever. I just think it’s brilliant.

At first, I was taken by the cover of Normal People because it was… well, cute. A little line drawing. A bright green background, with white block text. Cute. But this is another one of those book covers – those works of art – that benefits from close extended inspection. Two people are curled around each other in a sardine can, drawing on the old idiom (“packed like sardines”). It echoes the content of the book, and Connell and Marianne’s relationship, in a really clever but unsettling way. Read my full review of Normal People here.

The Helpline by Katherine Collette

If I recall correctly, the first time I saw the cover of The Helpline, I literally laughed out loud. I may have even snorted. It’s a clever little visual device, using a broken biscuit to make a pie chart, but they really level-up with the labels. The graph is supposed to represent “Amount of work Germaine does vs. Amount of work other people do”. Naturally, Germaine’s is the (much) larger portion. Who among us can’t relate? Again, this book cover gives you an immediate feel for the tone and content of the book. A+ work, would buy again. Read my full review of The Helpline here.

Hands up if the only thing you know about Carrie Fisher is that she played Princess Leia in Star Wars. Don’t worry, there’s no shame in that; it’s the case for most people. That’s what makes the cover design for Wishful Drinking so inspired. She plays on her public image (the Leia hair and outfit) and icons from the Star Wars franchise (the text that rolls up) while also subverting it. By presenting the Leia character as exhausted, with booze and pills to hand, she shows us – before we’ve even opened the front flap – that this book is going to tell us a different story.

The Bell Jar by Sylvia Plath

One of my great frustrations in putting this list of the best book covers together was deciding whether or not to include my edition of The Bell Jar. It’s undoubtedly beautiful, but I’m just not a skilled enough photographer to do it justice (so please don’t judge by this picture alone!). They took the iconic original cover of Sylvia Plath’s only novel, with its circular pattern, and levelled-up by printing it in embossed gold against a felty black backround. It’s a truly gorgeous addition to any book collection (almost as gorgeous as the prose to be found inside). Read my full review of The Bell Jar here.

Piranesi is a masterclass in book design, from start to finish. At a glance, the dust jacket is beautiful, perfectly paired colours and intricate artwork that isn’t over-complicated or off-putting. They’ve used the same font as they used for Clarke’s debut novel, for continuity. If you slip off the jacket, you won’t find any old boring hardback inside: it features more gorgeous embossing, plus end-papers that are almost as fascinating as the story. It all captures the titular character’s charm, significance, and whimsy. Read my full review of Piranesi here.

From Where I Fell – Susan Johnson