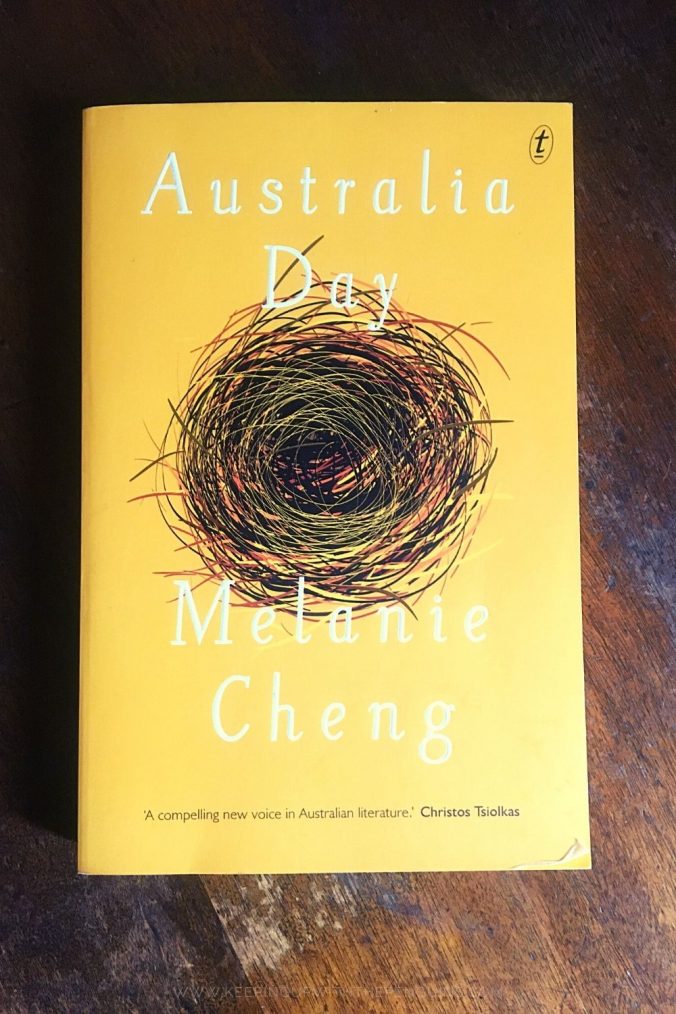 One of my favourite bits of book trivia is that Arthur Conan Doyle, author of Sherlock Holmes, was actually a country doctor. Believe it or not, back in those days, writing actually paid better than doctoring, so detective stories were his side-hustle. It’s kind of the other way around for Melanie Cheng, but still, she is both a general practitioner, and now – after publication of her debut short story collection, Australia Day, in 2017 – a writer.

Balancing medicine and manuscript wasn’t easy for Cheng. This collection was written over a period of nine years, and finally published after she won the Victorian Premier’s Prize for an unpublished manuscript in 2016. Australia Day contains 14 stories, each depicting some aspect of the life of a “typical” Australian. Of course, there’s no such thing; her protagonists range from the very young to the very old, the wealthy to the working class, the vaguely Christian to the devout Muslim… so, no points for deducing that she was Making A Point(TM).

Australians don’t share a single background or cultural identity, nor do their experiences of Australian life necessarily match up. And yet, the characters in Australia Day undoubtedly “belong” together. They all desire the comfort of home, and yet they all feel some variety of displacement. That seems to be the defining characteristic of the typical Australian, by this collection’s definition.

An important note on the title, for overseas Keeper Upperers who might not understand the subtext: Australia Day is our “official” national public holiday, 26 January, supposedly commemorating the arrival of the First Fleet of British ships in 1788. Setting the many historical quibbles with that date aside, it has become a really contentious subject in contemporary Australia given that the arrival of the British marked the beginning of a period of horrific destruction and violence for the First Nations people of this continent. While some Australians are having barbecues, and others are having citizenship ceremonies, Aboriginal and Torres Strait Islander people and their allies are mourning. It has become a rallying point for resistance against the ongoing colonial occupation of this land.

So, to call a short story collection Australia Day, particularly one that doesn’t always necessarily paint Australia and Australians in a great light… well, it’s a bold choice.

To really underline the point, the first and last stories of the collection – the bookends, as it were – are both set on Australia Day. The first is about a young medical student, an immigrant from Hong Kong, bravely facing a hailstorm of microaggressions at an Australia Day barbecue. The last is about an elderly woman, Mrs Chan, whose grandson’s birthday happens to fall on the same date.

Some of the stories, like ‘Macca’, clearly draw upon Cheng’s experience as a doctor. I’d imagine that line of work has given her intimate access to private lives across the spectrum of our community, which gives her a deep well from which she can draw characters who are complex and complete. That said, at times, I got the impression that Cheng was simply trying to show off how much of the world she’d seen and how open her eyes were to different life experiences. To my mind, the best of her stories were the deceptively banal slice-of-life ones, as opposed to the white-guilt-marrying-into-money-and-honeymooning-in-the-Maldives ones.

Plot-wise, the stories generally focus on the structural inequalities that Australians battle every day. In that sense, it’s a lot like Christos Tsiolkas’s The Slap, or (to use an overseas example) Tayari Jones’s An American Marriage. Cheng has written about people and their problems (as opposed to problems personified), and in so doing, made their struggles tangible without the telling of them coming across as moralistic or patronising.

All of Cheng’s characters are seeking something elusive, at times ineffable, and there are few happy endings. Some of the stories – ‘Ticket Holder Number 5’ in particular – offer the clang of revelation that I look for in short stories. Others fell a bit… well, short. Still others were perhaps ahead of their time; ‘Big Problems’ struck me as a precursor to novels like Kiley Reid’s Such A Fun Age. So, as with any short story collection (with maybe a notable exception or two), I’d say that this one is hit and miss. Some are great, some are okay, and each reader will probably have their own opinion as to which is which.