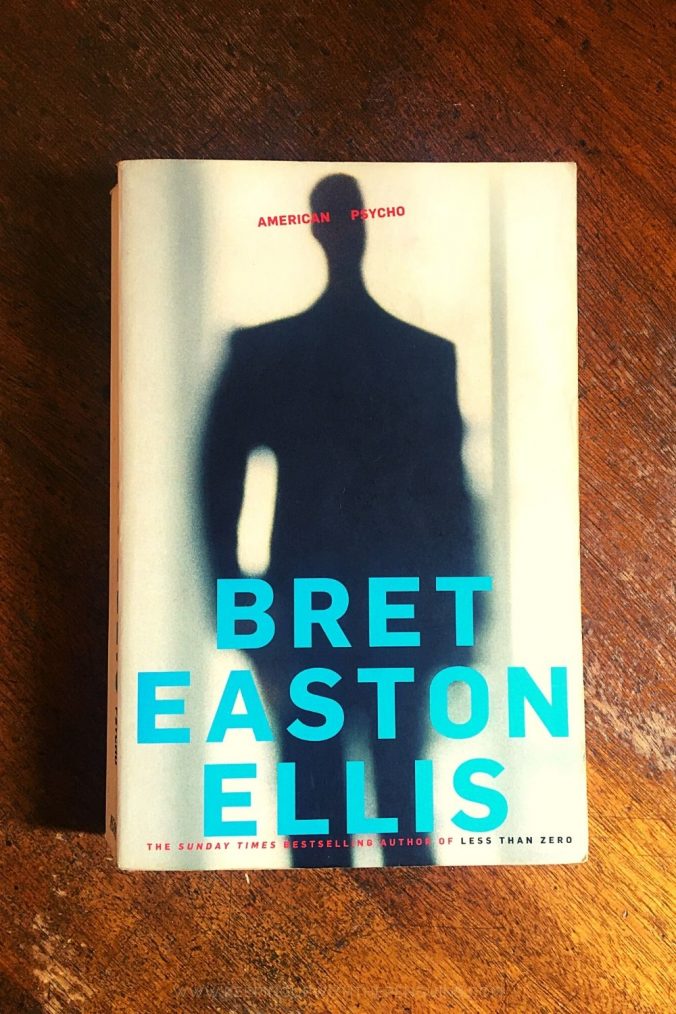 There’s been a lot of nostalgia for the ’90s lately, and to those of you remembering (or wishing you were old enough to remember) those days of yore, let me recommend you read American Psycho. Bret Easton Ellis’s 1991 novel will remind you what a hotbed of toxic masculine Yuppie nonsense much of that decade really was. It’s a fascinating read, but not one for the faint of heart.

Ellis chose the perfect quote – from Fyodor Dostoyevsky’s Notes From The Underground – as an epigraph. It begins:

Both the author of these Notes and the Notes themselves are, of course, fictional. Nevertheless, such persons as the composer of these Notes not only exist in our society, but indeed must exist, considering the circumstances under which our society has generally been formed.

The first few chapters give off strong Money-era Martin Amis vibes. At first, the protagonist – Patrick Bateman, the titular American psycho (i.e., maniacal investment banker) – mentions his private obsession with sexualised violence only briefly, with nonchalance. Blink and you’ll miss it. (And poor some out for the poor early readers who didn’t know what they were in for…)

Bateman narrates his everyday activities: morning routine, office routine, endless dinner-and-drinks get-togethers with his investment banker buddies and the women they refer to exclusively as “hardbodies”. The characters – including Bateman – are constantly confused for one another, because all of those Wall Street guys are the same. Bateman is strangely obsessed with what people are wearing, Valentino this and Brooks Brothers that. It’s obviously a commentary on the consumerist culture of the era and geography, but it was so frequent and heavy-handed (seriously, about a third of the novel is dedicated to describing the characters’ outfits), that I couldn’t help but wonder if Ellis was just a smidgen obsessed himself.

Oh, and in an eerie stroke of foresight, Bateman is also obsessed with Donald Trump. Ha!

Anyway, American Psycho seems like your bog-standard Yuppie greed novel, until Bateman starts describing his violent impulses and how he acts upon them.

So, that brings us to the trigger warnings. I realise that my triggers (i.e., anything at all that might even present a minor inconvenience to a dog) are not shared by all. However, I feel pretty confident in saying if you have a trigger, it’ll be pulled by American Psycho. Some governments have deemed it so disturbing that it can only be sold to 18+ adults, shrink-wrapped like a smutty magazine.

Personally, for the most part, I found Bateman’s infamous violence almost comedic. It was just so incredibly graphic. The one instance that really stuck with me is when he narrates noticing fat spatters on his blinds and curtains from the breasts of a woman (he electrified them with starter cords until they exploded). That’s a pretty good example of what you can expect.

And, for those of you who share my concern for fictional canine welfare, there is more than one occasion of truly horrible holy-fuck-I’m-going-to-cry-until-I-throw-up violence against dogs. The first, at least, can be seen coming a mile off (when Bateman attacks the owner), so I could skip my eyes over the page. Unfortunately, the later instances are very sudden and truly sickening.

Unsurprisingly, a lot of people around Ellis warned him that American Psycho would ruin his career, prior to its publication. Simon & Schuster acquired the manuscript first, but later withdrew due to “aesthetic differences” (i.e., “this is so fucked, we cannot possibly publish it”). Vintage Books then picked it up, and went on to publish it after what they called “a customary editing process”. Ellis received death threats and hate-mail galore when it hit the shelves, and even anyone who positively reviewed the book was subject to criticism. He recalled in an interview that “the one good review [that appeared in] the national press” (the Los Angeles Times) resulted in “a three-page letter section of people canceling their subscriptions”.

Even now – more than 30 years later – American Psycho continues to make waves. Apparently, in Australia, it’s supposed to be sold shrink-wrapped, but that’s news to me; I bought it naked as the day it was born. Governments and wowsers are still banning it, petitioning for it to be banned, hiding it on the top shelf out of reach of the poor impressionable children… don’t they realise by now that the banning a book is the best way to guarantee that people will read it?

Ultimately, I thought American Psycho was just another – quite good, but gimmicky – commentary on Yuppie culture. I didn’t hate it, but books that make the same point(s) without the chainsaw murders are a dime a dozen. If someone’s looking for a Yuppie-critical read, American Psycho wouldn’t be the first (or even probably the third) I’d recommend. If they’re after a horrifying novel to make their stomach churn, sure, they could pick this one up, but personally I found Tender Is The Flesh a lot more unsettling.

American, Books Made Into Movies, Horror