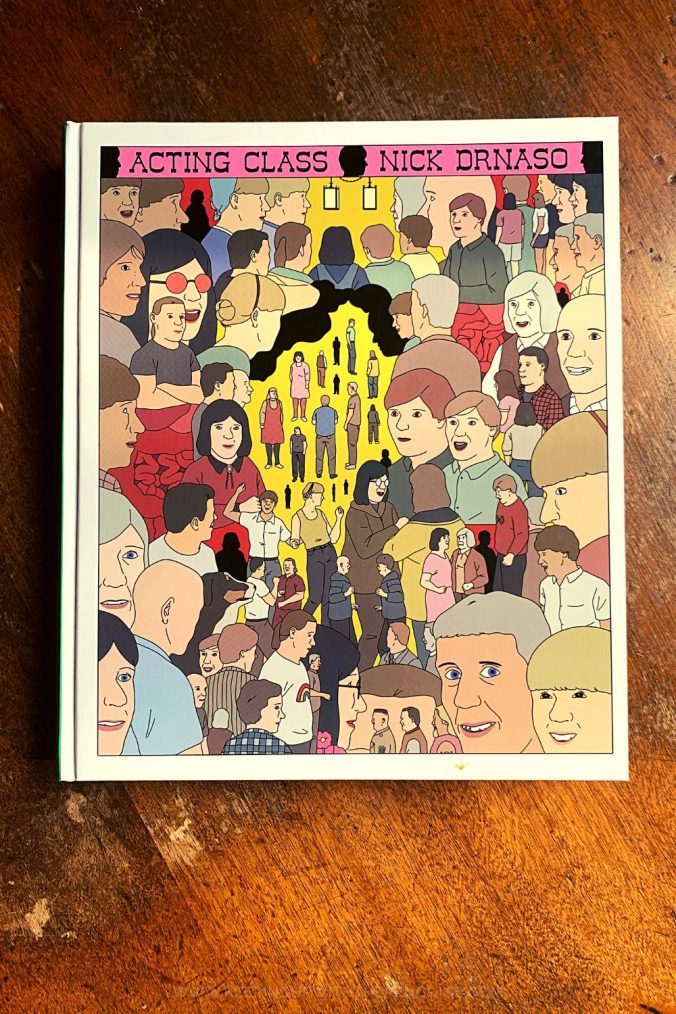 Back in 2018 (if you can remember that long ago), Nick Drnaso’s Sabrina became the first-ever graphic novel to be long-listed for the Booker Prize. Now, four years later, he has finally released his next project: Acting Class, which the team at Granta (via Allen & Unwin) were kind enough to send me for review.

From the blurb: “Ten strangers are brought together under the tutelage of John Smith, a mysterious and morally questionable leader. The group of social misfits and restless searchers have one thing in common: they are out of step with their surroundings and desperate for change.”

Acting Class has ominous vibes, right from the outset. This is a book where Something Is Going On – though I can’t say for sure whether we really get to the bottom of it.

The ‘class’ is, in effect, a cult – complete with a charismatic but enigmatic leader, pushing everyone slightly beyond their comfort level. He encourages them to ‘act’ out their fears and desires, and the lines between their ‘scenes’ and their realities begin to blur.

I found it a little difficult to distinguish the characters from one another, visually. Acting Class is produced with a muted palette (so no distinct colours), all of their features are drawn similarly, plus there are a lot of them. I had to rely heavily on the dialogue to keep track of who’s who in the zoo. Maybe it wouldn’t be a problem for a more seasoned graphic novel reader, though.

All told, Acting Class was a deeply unsettling read. I’m not sure I completely “got it”, but I also tore through it in one sitting. I think this is one I’ll want to keep on my shelves to revisit in a few years, to see if I get any new/different insights from it.