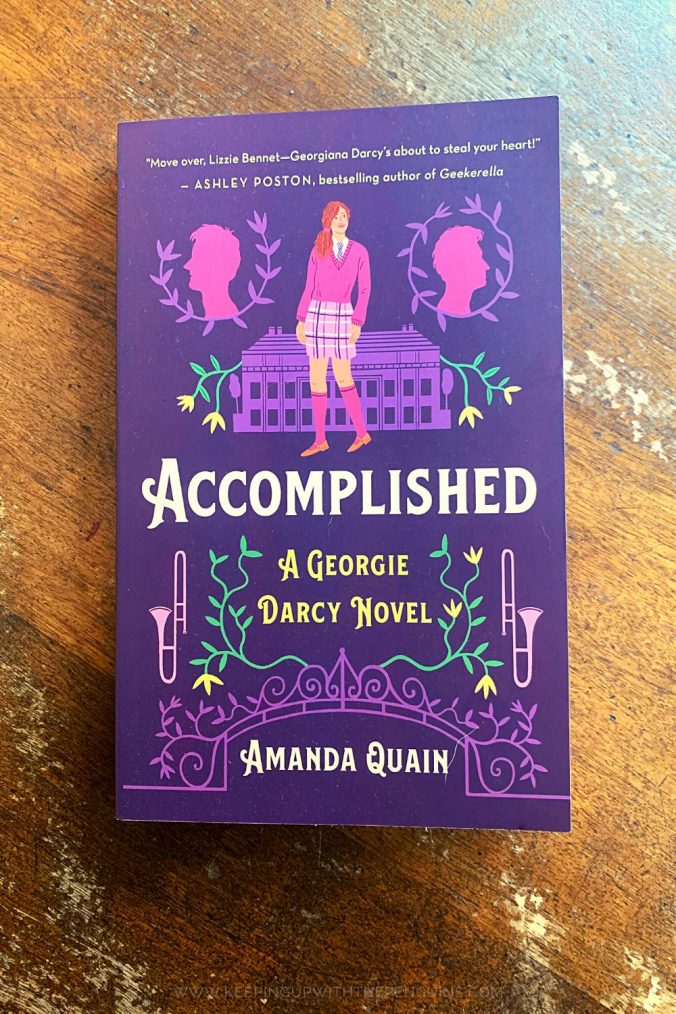 “A heroine in possession of her own side of the story must be in want of an iconic, fresh, and funny retelling…” Amanda Quain’s debut young adult novel, Accomplished, is a re-telling of Austen’s Pride & Prejudice, focusing on Georgiana Darcy. The wonderful team at Macmillan were kind enough to send me a copy for review.

When Accomplished begins, Georgie has only recently escaped – by the skin of her teeth, thanks to Fitz’s intervention – expulsion from Pemberley, for her apparent involvement in her ex-boyfriend Wickham’s Adderall dealing ring.

Wickham wants to worm his way back into her life, so Georgie cuts a deal: she will remake herself as the perfect Darcy over the course of her junior year. If she’s successful, and she can get Fitz to admit it, Wickham will leave her alone for good.

Like I said, it’s convoluted, but it’s spot-on for a teen dramedy. This version of Georgie is a bit over-the-top, even for a teenage girl – more like the O.G. Lydia Bennett than the gentle, mild-mannered Georgiana Darcy we remember.

So, Accomplished is probably not one for the Austen purists, or even for grown-ups who find adolescent angst and harebrained schemes exhausting. But teenage readers who enjoyed The Princess Diaries or Fangirl will absolutely love it.

The Story Of The Lost Child – Elena Ferrante