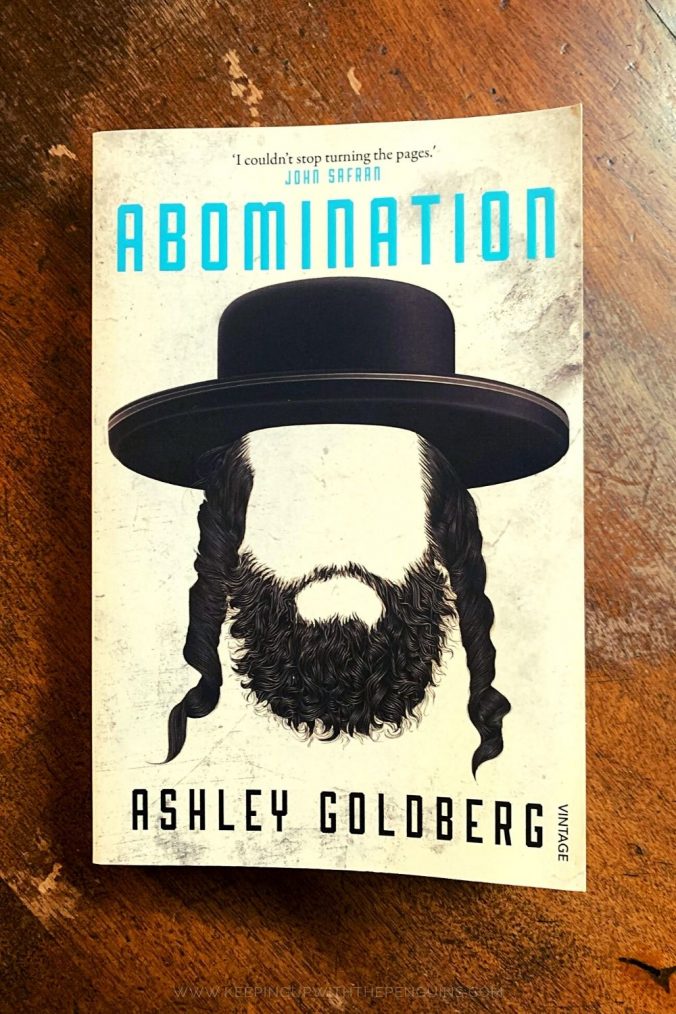 For a while in the 2010s I lived in St Kilda, right on the edge of Melbourne’s Jewish enclave. Despite my proximity, grocery shopping on Balaclava Road was as close as I ever got to this unique community – which I suppose is not surprising, given the stark divide between the worlds of the secular and the Orthodox. Still, I welcomed the opportunity to learn more about them via Ashley Goldberg’s debut novel, Abomination (kindly sent to me for review by the wonderful team at Penguin Random House Australia).

The chapters alternate between the perspectives of two childhood friends, Ezra and Yonatan. Both attended the ultra-Orthodox Jewish Yahel Academy in the late ’90s, and both were shocked by the accusations of sexual abuse levelled at beloved pillar of the community, Rabbi Hirsch. As teachers, students, and parents reeled, Ezra and Yonatan lives were set on different tracks, until they reunite 20 years later at a protest regarding Hirsch’s escape from justice.

If any of that sounds familiar, it’s by design; the crimes of Rabbi Hirsch, and the ultra-Orthodox community’s reaction, are based on the real-life case of Malka Leifer. Leifer stands accused of shocking abuses in her time as principal of the Adass Israel School, but has evaded criminal prosecution for years. Tireless advocates and victims have finally brought enough scrutiny to the case, forcing the hands of authorities regarding Leifer’s extradition from Israel, and she will stand trial in Australia later this year.

Naturally, Abomination warrants a couple of trigger warnings – for sexual abuse (though it happens off page and is not exploited for shock value in the narrative), and also bullying and mental illness.

It’s a strangely stressful read, for its intensity and Goldberg’s deft sidestepping of the beats you might expect a story like this to hit. Goldberg doesn’t rely on shock-value or voyeurism, making this a remarkably deep story about crises of faith and the ripple effects of secrets and scandal. It’s important not to try to “binge” Abomination – this is a book that needs to be sipped like fine wine, not chugged like cheap beer.