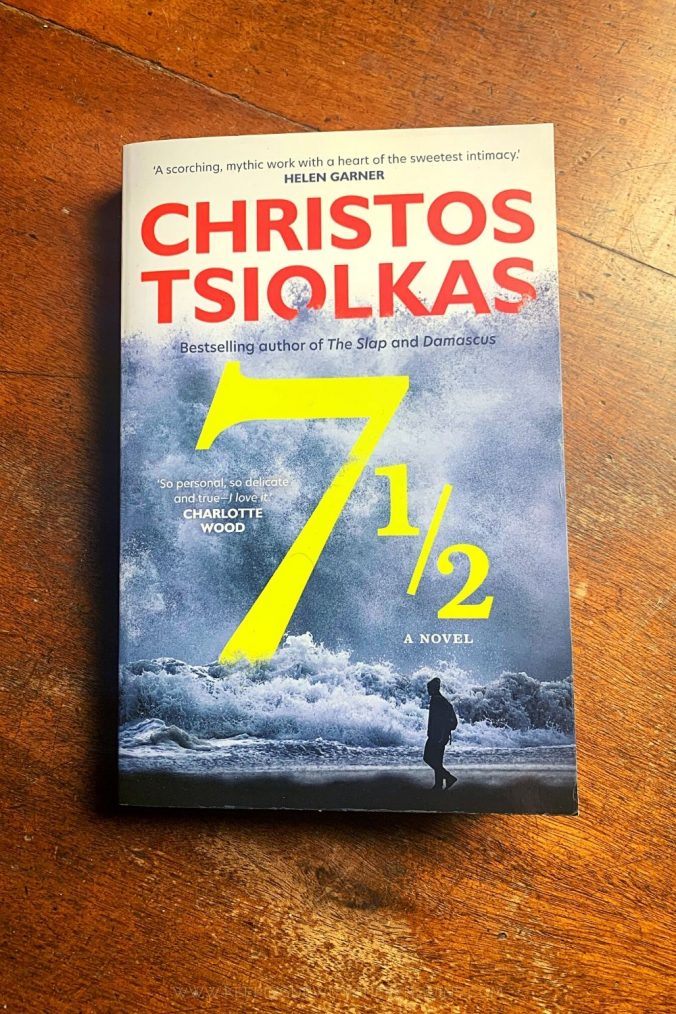 Ready to feel bad about how little you achieved during quarantine? Christos Tsiolkas committed to writing 800 words a day, and the result is 7 1/2. It’s “a novel about beauty”, or – more accurately – a novel about a novelist on retreat, trying to write a novel about beauty. My friends at Allen & Unwin were kind enough to send me a copy for review, and it came highly recommended, with blurbs from Helen Garner and Charlotte Wood.

I’m quite skeptical of writers writing about writers, and I must say Tsiolkas’s latest hasn’t done much to change my mind. He goes the full Martin Amis with his main character: a mid-50s gay Greek writer named Christos Tsiolkas who is “tired” of writing about politics and religion and sex, and hates how often he checks his phone.

I really wanted to be generous in my reading, and Tsiolkas is undeniably a talented writer, but 7 1/2 at its heart is one long lament about The Modern World. It’s more masterfully written than a forwarded chain email that’s been scanned by Norton Anti-Virus, but the vibe is the same.

My Grandmother Sends Her Regards And Apologises – Fredrik Backman